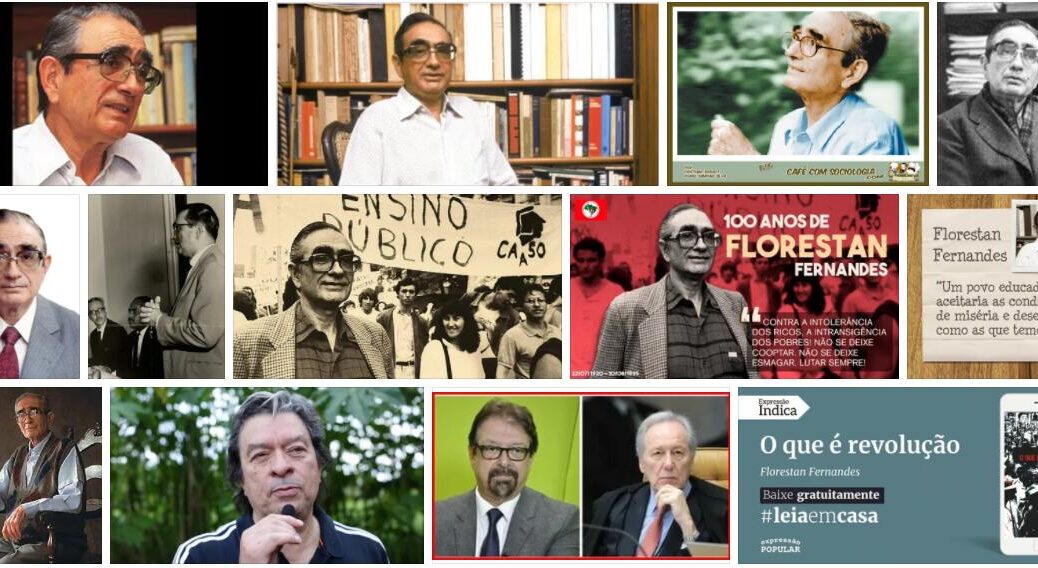 His work was influenced by the classics of sociology, especially Karl Marx . Florestan’s importance is also due to the practical political engagement that marked his entire trajectory. Florestan was a teacher for an entire generation of sociologists who would extend their studies of Brazil in the 1960s and 1970s.

In addition to the sociological work of great value, Florestan Fernandes was a university professor of great prominence, who contributed decisively to form a very important generation of intellectuals, with emphasis on the sociologists Octávio Ianni and Fernando Henrique Cardoso, the last president of Brazil between January 1st, 1995 and January 1, 2003.

Among the various works published by him are : The social organization of the Tupinambá (1949), Ethnology and sociology in Brazil (1958), Social changes in Brazil (1960), Folklore and social change in the city of São Paulo (1961), Integration of blacks in class society (1964) and The bourgeois revolution in Brazil: a sociological interpretation essay (1975). From the titles, it is possible to perceive the variety of subjects dealt with by this great Brazilian sociologist.

Florestan was a great thinker of the racial issue in Brazil. For the author, the issue of “ racial democracy in Brazil ”, despite its constitutional legality, is nothing but a fallacy. Class interests and groups of people preserve the historical inequality of the black element, contributing visibly to the maintenance of racial differentiations in the country.

Along with the segregated black communities, he developed an interpretation of the social reality of the black based on the need for a second abolition. For the first time, his thesis on the bourgeois revolution, unfinished in Brazil, and the dramatic and subordinate way in which blacks are integrated into the new regime, after the abolition of slavery, was systematically addressed.

[…] When appealing to the notion of “bourgeois revolution”, it is not intended to explain Brazil’s present through the past of the European peoples. However, one wonders what were the conditions and the historical-social factors that explained how and why, in Brazil, the immobilism of the traditionalist order broke down and modernization as a social process originated.

Florestan analyzes that the bourgeois revolution in Brazil was constituted of four distinct and relevant socio-historical moments that preceded the 1964 coup:

In Florestan’s view, the important thing, in terms of sociological analysis, is what these historical-social functions of capital accumulation in the dominant classes represent for the internal development of capitalism.

In addition to capitalist accumulation containing traces of class accumulation, with regard to the privilege of only one segment, the bourgeoisie was justified within the old order, maintaining its unequal and undemocratic structure, typical of national society over time.