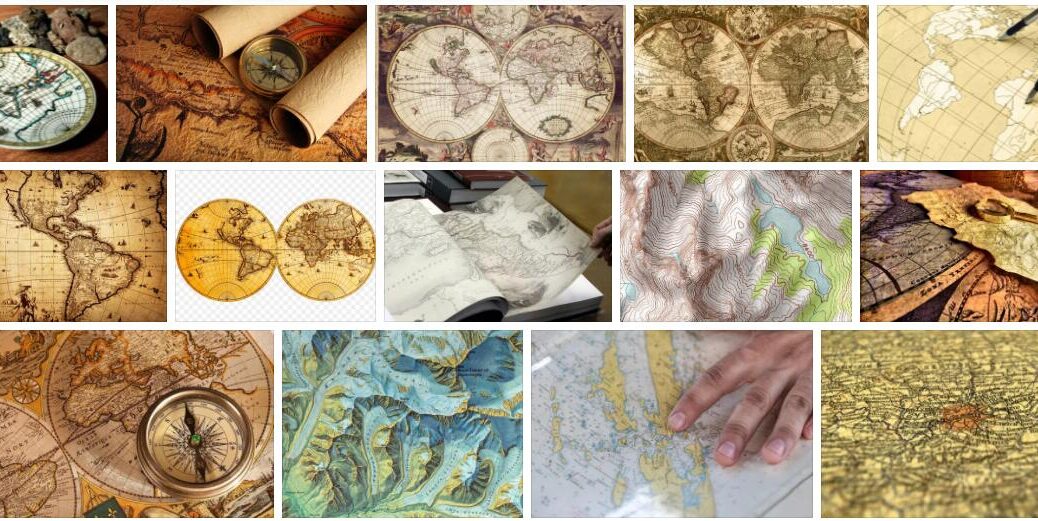 Cartography is given to the science of preparing maps, maps and plans for the most varied purposes, with different levels of complexity and information, based on extreme scientific, technical and artistic elements, based on the results of direct observation. or document analysis. The sciences most closely related to cartography are geography and geodesy.

The maintenance of the route of an airplane or ship, the analysis and definition of military strategies of attack and defense, the location of deposits and possible access routes, or the simple road guidance on a tourist trip, all these activities require specific maps with different objectives and users. This is the field of cartography.

The main problem with cartography is the projection of the curved surface of the Earth on a flat surface, which necessarily causes changes in the angles and lines defined by the geographic coordinates .

Linked to geodesy, topographic cartography is dedicated to the direct transformation of measurements and photographs, obtained by field surveys, in manual drawing or by photographic surveys. It is almost exclusively practiced in government institutions that are dedicated to the execution of a country’s charter. Permanent work, of continuous improvement and detail, has become indispensable for the decision-making of the public administration and the defense of the national territory. Using small scales, detailed maps are produced that are mathematically correct and serve as the basis for less detailed ones.

The use of stereoscopic images in aerophotogrammetric surveys simplified the cartographic design, making it quicker to perform and less dependent on individual effort. Aerophotogrammetry is a method of measuring and representing the terrain through aerial photography, which is a conical perspective of the terrain. The optical deformations of this type of photo are corrected at the time of the photograph or in the laboratory. By itself, however, aerophotogrammetry has not reduced field surveys, and still needs terrestrial, plenimetric and altimetric support.

The topographic map is, as a rule, made up of numerous related topographic sheets. They are widely used in high-level professional activities related to engineering, navigation, strategy and military logistics, etc.

Almost exclusively practiced by private companies, some with a high technical standard, geographic cartography operates in close connection with geography, producing cartographic pieces for use by the general public, especially students. Geocartography works from topographic cartography, reducing scales, simplifying content in topographic minutiae and generalizing some aspects of the design.

Mural or collection maps (atlases), separate maps, city plans, globes and raised maps are some of the commercial products from geographic cartography. The name atlas is due to the fact that, in 1595, on the front page of the Gerardus Mercator map collection (published on the initiative of his son Rumold), the titan Atlas, condemned by Zeus to carry as an opening illustration, appears as an opening illustration. the skies over your shoulders.

The making of cartograms is the area of ​​thematic cartography. Cartograms are schematic maps, with a high level of abstraction, in which real shapes or locations are stylized for conceptual and informational purposes. The cartographic elements, gathered on a single sheet, are graphic representations of spatial and temporal phenomena, so they address numerous subjects almost always in continuous mutation, such as migration, vehicle flows, deforestation, reforestation, etc.

The schematic map that serves as the basis for the cartogram is extracted from the topographic or geographic map , and the theme of the cartogram is exposed through various graphic resources, such as points and figures, when it is called pictorial. In this modality, the point as a geometric figure is dimensionless, that is, its size represents nothing and is only valid as reading material. In addition to points, bars and bands are used to indicate linear extensions or, by thickness, the importance of the phenomenon. Another type is the isocurve cartogram, in which the curves or lines represent, by position, equivalent values ​​throughout its length.

Other species of cartograms: those of surface, two-dimensional, recommended to indicate the variations of certain phenomena through the use of shaded or colored areas; cartograms with three-dimensional appearance, also called block-diagrams, in which the facts are exposed in perspective, showing the schematic map.