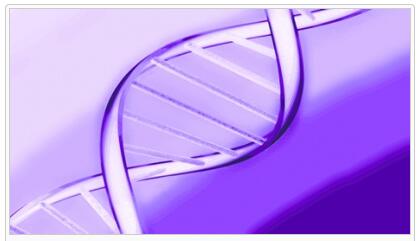 The achondroplasia is the most common form of congenital dwarfism. This leads to disorders of cartilage and bone growth. Life expectancy is normal.

Achondroplasia is the most common form of hereditary short stature. The defect is inherited as an autosomal dominant trait. So that means that one gene is enough for the disease to break out.

Achondroplasia is the classic form of short stature . There is one child with achondroplasia for every 20,000 births. The disease is genetic and occurs sporadically in 80 percent of cases. The other 20 percent have an autosomal dominant inheritance. 50 percent of the short stature is passed on if one parent is affected. A fetus homozygous with the defective gene is not viable.

In the case of new mutations, the probability of achondroplasia occurring in the offspring correlates with the age of the father. The intelligence and life expectancy of those affected are normal. Growth is delayed only after birth. The affected children are born with a normal size. Due to a disruption of the cartilage growth, the epiphyseal plates close too early.

The defect is inherited as an autosomal dominant trait. So that means that one gene is enough for the disease to break out. If the corresponding genes in both parents were defective, the embryo would not be viable. The point mutation that leads to achondroplasia is very well defined. In 97 percent of all cases, glycine is exchanged for arginine in the encoded protein at position 380, with a GA exchange (guanine to adenine) taking place in the gene at the corresponding point.

In three percent of the cases, a GC exchange (guanine to cytosine) is recorded at this point. However, the same amino acid exchange takes place in the encoded protein.

Achondroplasia is characterized by a variety of physical abnormalities. The main feature is the disproportionate short stature. Thighs and upper arms are shortened. The upper body shows a normal height. The short fingers , the enlarged skull with a balcony forehead and the midface hypoplasia with a flat nasal root are striking .

Midfacial hypoplasia can be seen at birth. In contrast to the extremities, the trunk is long and narrow. Because the extremities are too short, the fingers are too short, the head is large and the neck is too short, gross motor skills are learned very slowly. Due to the hypoplasia of the midface and the enlarged tonsils, the patient often suffers from obstructive sleep apnea . Very common is also a chronic middle ear infection before leading to hearing problems can result.

Crowded teeth are also common. The upper section of the spine is curved in the shape of a kyphosis . The curvature occurs very early. At the same time there is also a hollow back . Sufferers often have O – or knock-knees . The hyperextensibility of the joints and the broad, short and trident-shaped hands are also noticeable . In early infancy or early childhood, spinal cord compression can sometimes lead to respiratory arrest.

Furthermore, development delays and other long-term symptoms can be attributed to it. In adulthood, spinal stenosis often leads to neurological problems. At the same time, cardiovascular problems arise . Obesity is also a common problem . Pregnancies are possible, but the affected women have to be delivered by caesarean section due to the narrow pelvis .

The diagnosis of achondroplasia is first made on the basis of its external appearance. However, other forms of short stature must be excluded from the differential diagnosis. The large head with a balcony forehead and flat nose is very characteristic and serves as an important distinguishing feature. Furthermore, there are also radiological examinations that detect typical changes in the skeleton. However, the diagnosis is finally confirmed by the molecular genetic examination of the FGFR3 gene.

A possible complication of achondroplasia is not only an abnormal skull base, but also midface hypoplasia. In women who are significantly overweight (obesity), problems can also arise in the context of obstetrics. The abnormal skull base can also lead to a narrow occipital foramen (narrowing of the large occipital opening), which is associated with increased intracranial pressure ( increased intracranial pressure ).

Often, when this complication is present, there is also a cervicomedullary compression, which in the best case comes to light as a cervical spine trauma, in its increased form also occurs with a cervical spinal cord injury. In individual cases, if the complication of a narrow occipital foramen is present, central apnea (breathing pauses) can occur.

The occurrence of midface hypoplasia (reduction in size of the midface) can lead to tooth development disorders, hearing loss, the occurrence of otitis media (otitis media), language problems and a relative swelling of the tonsils (tonsils). Further complications of achondroplasia are spinal canal stenoses, i.e. narrowing in the area of ​​the spinal canal.

As a result, sensitivity disorders can develop in the legs and, in the worst case, paresis (paralysis) of the legs can occur. Disturbances in the bladder and rectum can also develop. In the knee area, achonroplasia can cause instability of the knee ligaments. As a psychosocial complication, in addition to the manifestation of depression, reduced self-esteem and problems in the relationship can occur.

When should you go to the doctor?

With achondroplasia, it is not necessary to see a doctor. Medical treatment is only required if physical or emotional complaints arise. If, for example, otitis media repeatedly occurs due to the typically narrowed Eustachi tube, this must be treated surgically. Physical malformations such as bow-legs or knock-knees also only require treatment if there are health problems. People of short stature often suffer from back pain, knee and hip joint pain and from middle ear and sinus infections.

These diseases must be diagnosed and treated by an appropriate specialist. Symptoms of paralysis and dysfunction of the fingers and toes also rarely occur. As soon as the achondroplasia causes symptoms of this kind, a doctor must also be consulted. Other contact persons are chiropractors , neurologists and orthopedists .

If the short stature causes psychological problems, a therapist can be consulted. Parents whose children are short can, in consultation with the pediatrician, also go to the appropriate counseling centers and self-help groups. Dealing with achondroplasia early on can reduce both psychological and physical impairments later in life.

Treatment for achondroplasia is symptomatic. Functional disabilities caused by spinal anomalies and incipient paralysis can only be remedied by stabilizing surgical interventions on the spine. Surgical decompression of the spine is often necessary in infants. Sometimes an attempt is made to perform limb lengthening surgery.

The constant otitis media also require continuous treatment. If you have obstructive sleep apnea, it may be a good idea to remove the tonsils and, in the case of obesity, try to lose weight . Surgical measures can be performed to treat leg misalignments, spinal curvatures, and narrowing of the spinal canals.

It is also important to offer psychological and social support. Due to the good treatability of the individual symptoms, life expectancy is normal or only slightly reduced.

In most cases, life expectancy is not affected by achondroplasia. However, malformations and growth disorders occur that can limit the patient’s life. For example, there are shortened fingers that make it difficult to grasp .

Those affected also suffer from hearing problems and inflammation in the ears. In the worst case, this can lead to complete hearing loss. The joints are often hyperextended, which can seem bizarre, especially to other people. This leads to bullying and teasing among children. Furthermore, breathing difficulties can occur due to the achondroplasia, so that in the worst case it can lead to respiratory arrest . The heart is also affected by the malformations and the patient suffers from delayed development.

In the further course of the disease, disorders of sensitivity and paralysis also occur. These can restrict the patient’s movement so that he or she may have to rely on the help of other people in everyday life. Psychological support is often needed.

Treatment is usually only symptomatic and can alleviate the symptoms. Many of the malformations and misalignments can be corrected in this way.

In affected families, there is therefore a 50 percent chance that the child will also suffer from achondroplasia. However, there is no preventive measure against a spontaneous occurrence of the disease.

Achondroplasia patients require extensive follow-up care. The short stature can affect different regions of the body and sometimes also has an impact on the mental state of those affected. The responsible orthopedic surgeon will accordingly carry out a comprehensive examination to ensure that no new complaints arise.

As those affected get older, there may be further restrictions in the area of ​​the spine, joints and bones, which must be recognized at an early stage. Follow-up care should take place every three to six months, depending on the patient’s health and any accompanying symptoms. If the disease progresses positively, the follow-up checks can be gradually reduced.

However, achondroplasia patients require permanent medical assistance. Accordingly, aftercare usually focuses on ensuring that the wounds heal well after the operations and that there are no problems moving the affected parts of the body. Above all, the function and mobility of the affected body parts must be checked.

If the organs are involved, regular ultrasound examinations are recommended. Since achondroplasia can have very different forms, follow-up care varies considerably from patient to patient. Those affected should strictly adhere to the doctor’s instructions so that the symptoms can be improved in the long term.

You can do that yourself

Genetically determined achondroplasia is a very rare hereditary disease, but it makes up the largest proportion within the group of short stature. Since the small stature can already be recognized in newborns, the children are confronted with their otherness at a very early age. There are no known self-help measures that could influence the course of the disease.

In order to introduce the children to everyday life in the best possible way, it is advisable for the parents to contact one of the self-help groups, in which they can talk to other affected parents and share their experiences with one another. One of the most important self-help measures for parents is to build a stable sense of self-worth in the children despite their short stature and possible other physical impairments . Last but not least, self-help groups also gain in importance for those affected with increasing age, because they can report on their own experiences and are confronted with the experiences of other children with achondroplasia.

Another important measure or task of the parents is to change the apartment or house with small technical aids such as the installation of electric pull switches, cords on the doorknobs, low coat hooks and much more so that the affected child enables a certain independence as early as possible . It should also be ensured that the child wears a helmet during sporting activities such as skiing, cycling or skating in order to prevent the slight risk of injury.